Climate change is dramatically shrinking the size of the board
on which the game is played
Bill McKibben, 350.org

Here is my full speech from the US Congress in print. 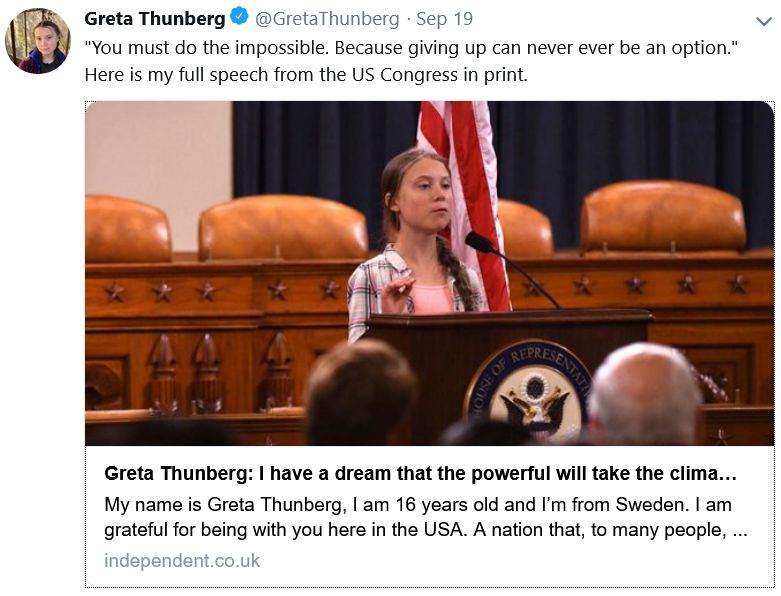